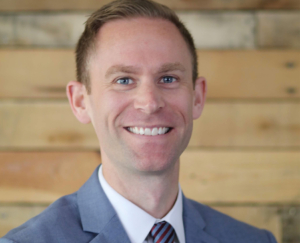 The year 2020 has been one of the most unusual years that many of us can remember. New terms have even been created to describe the unprecedented times that we face. Prior to this year, I cannot recall anyone using the phrase “social distancing,” and yet that term encapsulates the essence of much of our shared experience in the past six months. In addition to the new language that surrounds this global pandemic, there are also new phrases that describe the social unrest spreading across the country. This year has been the year of “public outrage” and “cancel culture” which, like the pandemic, are infecting the nation.

In the complex social networks created by the interconnectedness of our technological society, outrage spreads rapidly. It seeks to undermine the character and credibility of individuals, brands, and businesses, similar to a political smear campaign. Like a proverbial angry mob with torches and pitchforks, the vitriol and vindictiveness of the internet mob mentality seeks to discredit those whom it deems in the wrong, or not supportive of the mob’s party line. What’s more, even questioning the mob could get one “canceled.”

Tim Keller, one of the leading Christian thinkers of our time, wrote that the Western world operates in a sort of “intellectual schizophrenia,” a term based on the Greek words meaning “divided-mind.” Today, many espouse a conviction that all moral judgments are individually determined or socially constructed and are therefore relative. However, those who would describe themselves as moral relativists often seek to hold others to their own standards of moralism as though they are universal or self-evident. A tactic many choose today to accomplish this is to organize a social smear campaign to punish those who don’t share the same outlook. This has led to people being socially ostracized and, in some cases, even losing their jobs. Keller concludes that the outcome of this intellectual “divided-mind” will lead to exactly what we are seeing today:

“If every individual seeks his or her own meaning, we will have fewer shared values and meanings, which will erode social solidarity and public institutions. All this will lead to intractable polarization and fragmentation.” – Tim Keller (Making Sense of God, New York: Viking, 2016)

As Christians, we believe that there is Truth, and His name is Jesus. What’s more, His way is the antidote to the problems we face today. The way of Jesus is not vitriolic, vindictive, venomous, or violent. Rather, the way of Jesus is an all-together different kind of “cancel culture.” Jesus took that which was divisive and destructive (our sin) and canceled it by being nailed to a cross. In the book of Colossians, Paul writes:

When you were dead in your sins and in the uncircumcision of your flesh, God made you alive with Christ. He forgave us all our sins, having canceled the charge of our legal indebtedness, which stood against us and condemned us; he has taken it away, nailing it to the cross. And having disarmed the powers and authorities, he made a public spectacle of them, triumphing over them by the cross. – Colossians 2:13-15, (NIV) (emphasis added)

This is the way of Christ; it does not vindictively cancel individuals, but Christ canceled the sin that so easily entangles all of us. Now more than ever, Christians are needed to invest in our nation in cross-cultural ministry by means of infusing a “Cross Culture”—the way of Jesus. We do this by not conforming to the patterns of this world and its ways, but by faithfully living in light of the life and death of Jesus. This much-needed Cross Culture is decisively counter-cultural.

The famous prayer of a 13th century monk, St. Francis of Assisi, models the way of the cross for us to embody in 2020. May this prayer be our prayer as well.

O divine Master, grant that I may not so much seek
to be consoled as to console,
to be understood as to understand,
to be loved as to love.
For it is in giving that we receive,
it is in pardoning that we are pardoned,
and it is in dying that we are born to eternal life.