For this season’s Book Club at First Church, the Christian Education Ministry has chosen to feature works of the premiere Christian apologist of the 20th century. C.S. Lewis carved out a reputation as a scholar, a novelist, and a theologian for three very different audiences and became one of the most influential writers of his day. Being a favorite author of our pastors, each of them has chosen a book to discuss for this series. We encourage you to read them for yourself and attend each presentation. Delve into the mind of an intellectual giant whose writing expresses such a profound faith as to influence the spiritual growth of many. We invite you to enjoy… 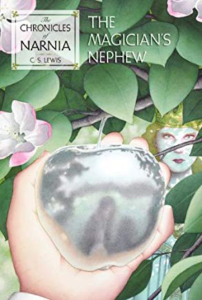 The sixth book in the Chronicles of Narnia series is actually a prequel to The Lion, the Witch and the Wardrobe. It tells the tale of the creation of Narnia and how evil was introduced into this magical land, seen through the eyes of two children, Digory and Polly. 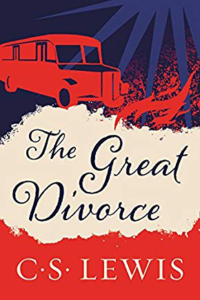 This vision of the Afterworld is a fantasy about “trans-mortal” existence. An anonymous narrator boards a bus on a drizzly English afternoon and embarks on an incredible voyage through Heaven and Hell. He meets a host of supernatural beings and comes to significant realizations about the nature of good and evil. 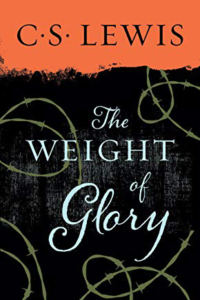 The Weight of Glory with Pastor Brad Rogers

The nine addresses covered in this book are from select sermons delivered by Lewis during World War II. His timeless words provide an unparalleled path to greater spiritual understanding and still offer inspiration in a time of great doubt. 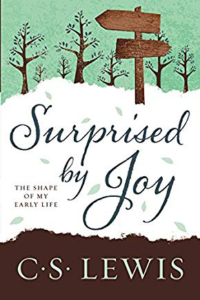 This book, written seven years before his death, represents one of the few works that speaks directly about Lewis’ personal life. He chronicles his re-acceptance of the faith he denounced as a young poet and philosopher and ultimately embraced as a Christian scholar and apologist. 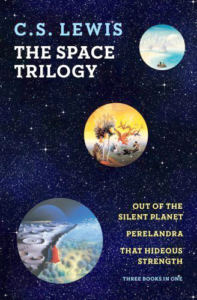 These three novels, which form one of the earliest and best of science-fiction trilogies, center on Elwin Ransom—an English linguist who voyages to Mars and Venus and becomes involved in a truly cosmic struggle between good and evil. Lewis believed that popular science was the new mythology, which he used for the medium of his spiritual imagination.

Clive Staples Lewis (1898–1963) was an Irish-born scholar, theologian and author of over 30 books. As a child, Lewis was influenced by the stories of Beatrix Potter and by age five was already writing his own fantasies. In his youth, he aspired to be a poet but when his first efforts gained little attention, he turned to scholarly writing and prose fiction. Lewis was an esteemed professor with positions at both Oxford and Cambridge Universities in England and a renowned Christian apologist who wove philosophy with fantasy to support the tenets of his faith.